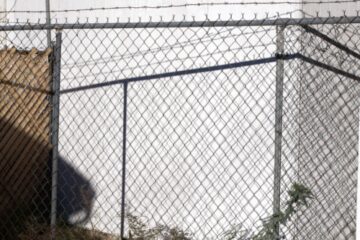 On November 10, 2022, our office filed a federal lawsuit on behalf of the family of Sylvestre Miguel Inzunza, an 18-year-old young man who died in the Pima County Jail. Known affectionately as “Fatty,” Inzunza was the 21st person to die in the facility since 2020. The circumstances surrounding Inzunza’s death have prompted widespread concerns about the facility.

Inzunza was booked in the county jail on January 27, 2022. Within a day, Inzunza overdosed on Fentanyl that he acquired inside the secure facility. He was taken to St. Mary’s Hospital, stabilized, and returned to the jail hours later. Just days after recovering from this first overdose, Inzunza located yet another dose of Fentanyl. This second dose ended his life. Despite knowing that Inzunza had overdosed days earlier, jail officials locked him in a cell alone and failed to closely monitor him. Paramedics later surmised that he had died several hours before being found, the guards evidently disregarding their duty to conduct welfare checks every 20-30 minutes.

On the night of Inzunza’s death, jail officials had several data points that should have raised alarm bells. Guards knew that Inzunza had acquired the illicit drug just days earlier. They also learned that another inmate in the same unit of the jail had overdosed that same night. Despite this, jail officials went about their business. They failed to check on Inzunza and other inmates in the same unit. In order to operate as a jail, the county Sheriff must maintain accreditation through a neutral third-party organization. The accreditation requires that guards conduct welfare rounds with a certain frequency. Our lawsuit alleges that they failed to comply with this requirement.

For over a year, the Pima County Jail has been plagued by severe understaffing. At the time of Inzunza’s death, the jail had more than 100 unfilled guard positions. Since February 2022, the situation has grown worse. In December 2022, Sheriff Chris Nanos publicly acknowledged that the jail is in a “full-blown crisis.” Since February 2022, seven more detainees have died inside the jail. None of those deaths are attributable to COVID-19.

At least half of the jail deaths in 2021 and 2022 are attributable to drug overdoses. Our lawsuit alleges that illicit drugs find their way into the jail in one way: the guards. For several years, there have been no face-to-face visitation from family and friends. Inmates themselves are heavily screened upon booking. In fact, every inmate passes through an x-ray machine that can detect drugs that are hidden in a body cavity and can detect a swallowed balloon.

In announcing the lawsuit, Inzunza’s mother Rosanne Inzunza says: “Fatty was loved for the way he brought joy, making you smile when you were sad. It’s sad to know that we have a problem in our own county jail that is not being addressed. I will never be the same without my son in my life, and I pray for all those who keep losing family in the jail.”

Read more about this case and about the systemic problems at the Pima County Jail: