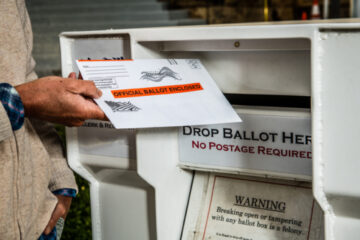 On November 30, 2022, the Law Office of Paul Gattone filed a legal claim seeking monetary damages on behalf of Paul Sivertsen, a Cochise County resident whose vote was essentially thrown out due to his county’s refusal to timely certify election results. Mr. Sivertsen is an army veteran who served with a combat aviation unit in Vietnam and has devoted much of his life to advocating on behalf of Vietnam veterans.

Mr. Siversten, a longtime resident of Cochise County, voted in the November 2022 election. However, his expression of civic duty was disregarded after his county’s three-member governing body (called the Board of Supervisors) refused to perform the ceremonial task of ‘canvassing’ the vote. Typically uneventful, the canvass is the formal sign-off of a county’s vote tabulation. Without canvassing the vote, the county results are not forwarded on to statewide officials. The county canvass process has been a mainstay of Arizona election law since the 1880s when Arizona was still a territory.

As with other counties, the actual tabulation is conducted by career staff who are specially trained in election procedures. Checks and balances are in place at every step of the process: from ballot printing to ballot transport and tabulation. Within days of the November 8th election, these career elections staff had completed the tabulation of all 47,000 ballots cast throughout the county. Observers from both major political parties observed the process. The Elections Director recommended that the Board promptly certify the vote in mid-November.  But the politically-motivated Board of Supervisors chose instead to undercut the careful judgment of its own election staff.

Citing unfounded claims about untrustworthy voting machines, the Board delayed the certification. And then, on the final day to certify, they delayed it again. This gave rise to an unprecedented situation and placed the county in violation of state law. The unlawfulness was so obvious that the renegade board members couldn’t find an attorney willing to defend their actions. County Attorney Brian McIntyre – whose job is to represent the county in court – publicly announced he would not defend the refusal to certify. Even the attorneys who had trafficked in bold election lies two years earlier declined to come to Cochise’s defense.

Within hours of the missed deadline, two lawsuits were filed seeking to force the certification of election results. Within 48 hours, a local court ordered just that. The Board of Supervisors – evidently under duress – met on an emergency basis to certify the election results. Mr. Sivertsen asserts, however, that his county’s willful actions were so beyond the pale that he was materially harmed. As a proud veteran, Mr. Sivertsen spent more than 48 hours believing that his vote would not be counted.

“Regardless of one’s political affiliation, a lawfully cast vote should be counted,” Mr. Sivertsen stated. “We must follow the law.” Mr. Sivertsen seeks compensation, arguing that only monetary damages will deter future anti-democratic maneuvers. Mr. Sivertsen is not alone. 47,000 Cochise County residents cast votes in November 2022. Paul Gattone’s November 30th filing was the first step toward a possible class action lawsuit on behalf of all 47,000 Cochise County voters who believed that their votes were being tossed out.